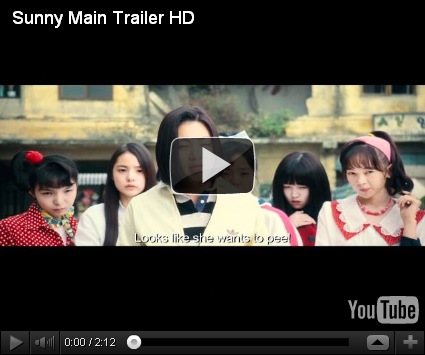 Seven girls. One group that will last, as one of them says, “beyond their death”.

That’s what Sunny the movie is all about: Sunny the group, then and now. Back in the 1980’s and still stuck in the present.

The movie manages to capture the essence of a friendship between middle school girls that reunite later in life, when their leader dies. The friendship doesn’t. It is beautifully directed, as the scenes that show the past and those that show the present do not look mismatched; they shift smoothly and quite beautifully. It also has so many clichés but still captures them differently. Like the beautiful girl of the group, the “popular” one, is actually the silent one, that surprises when she proves to be a fighter when it comes to her friends. Or how much first love can hurt. Or the little ironies that are sprinkled all over the movie; how the “best” ones end up being in the worst state being one of them. I also love the subtle ways the movie shows how some relations (wife – husband, parents – daughter) work in nowadays’ Korea or how everyone’s addicted to dramas (the hospital scenes in the beginning really made me laugh).

Simply put, this movie is amazing. Breathtaking. It has so much of a plot and substance and does not fail in putting it together. And I love this. I also love how well matched the actresses are with their characters, which I adore. They play their roles so well, that I found myself crying towards the ened because they gathered as seven again only after the leader was gone. I mean, here we have the leader that acts as tough as a boy, but has the heart of a girl (Kang So-Ra plays young Ha Chun-Hwa, Jin Hee-Kyung plays mature Ha Chun-Hwa), the daughter of a teacher that could be called as “Queen of swearing” (Park Jin-Joo as the teen Hwang Jin-Hee, and Hong Jin-Hee as the mature one), the not-your-skinny-type of girl that can’t wait to get a double eyelid surgery ( Kim Min-Young and Ko Su-Hee play the young and not so young Kim Jang-Mi), the girl that dreams to be a writer, but proves to be quite the fighter as a teen(Nam Bo-Ra and Lee Yeon-Kyung play Seo Geum-Ok), the girl that lives her life as the pageant queen she will be one day (Ryoo Bok-Hee, played as a teen by Kim Bo-Mi and as a woman as Kim Sun-Kyung), the beautiful girl that everyone knows will become a model(Su-Ji, played by Min Hyo-Rin as a young girl – Su-Ji the woman only appears for the last couple of minutes in the movie and I’m not sure who plays her yet) and the newcomer, the girl from the countryside that lastly joins the band(Shim Eun-Kyung and Yoo Ho-Jeong play Lim Na-Mi in the two very different moments of her life) that put up with other bands of girls (ironically named “Girls’ Generation” – I doubt there’s any connection to this Girls’ Generation , but it’s not the only time the director uses popular band names nowadays in the movie, as the girls initially wanted their group name to be Wonder Girls). I admit it would have been interesting to see the WG vs. SNSD back in the 80’s as teen groups :)

And don’t get me started on the cinematic aspects of this movie or the fashion. It’s just…well, I’ll let you judge for yourself. 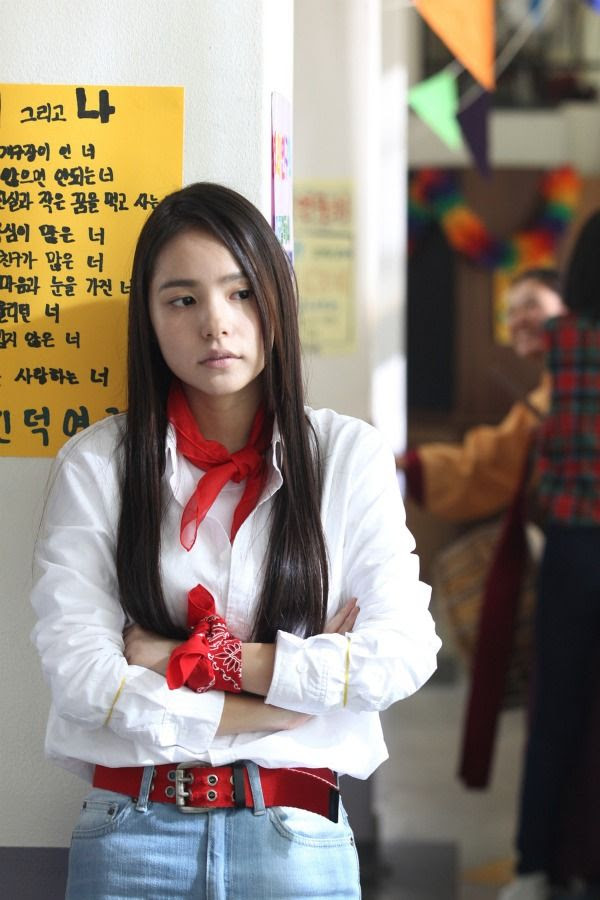 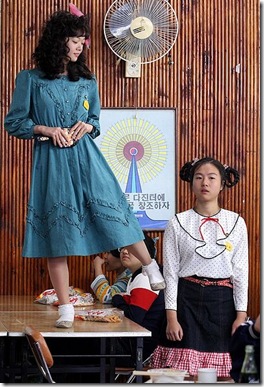 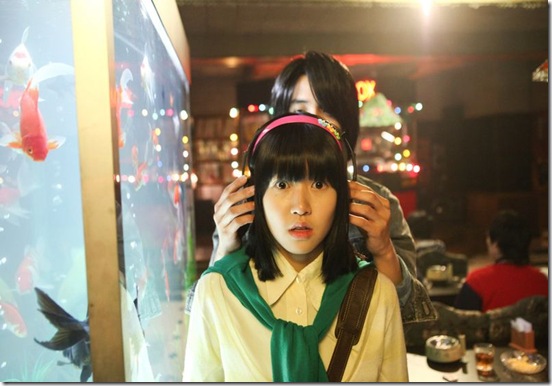 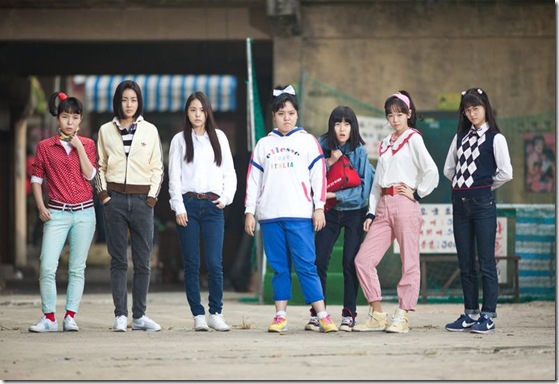 You can watch it (and I highly recommend you do so) with English subtitles here, here or here.

Photographs from here or screen caps of mine.

P.S. The soundtrack is also quite amazing!

UM i really think i want to see this film now :)

super cool! thanks for the recommendation!

This movie was my favorite one from last year's!
SOOOOO funny! haha